DSI Contributes to the success of a documentary film

On Tuesday, February 20th, Dr. Beth Davison took her latest documentary film project, “Dulatown,” to the Caldwell Heritage Museum in Lenoir, NC, for its first public screening. The half hour long film tells the story about a small community in the Lenoir area that began in the late 1800s, when a slave owner began giving land to children resulting from a relationship with one of his slaves. The bulk of the documentary highlights the descendants of these children, and how they come together at a family reunion, where both African American and white relatives reunite. The film’s first screening was a huge success, having filled the venue to its capacity. 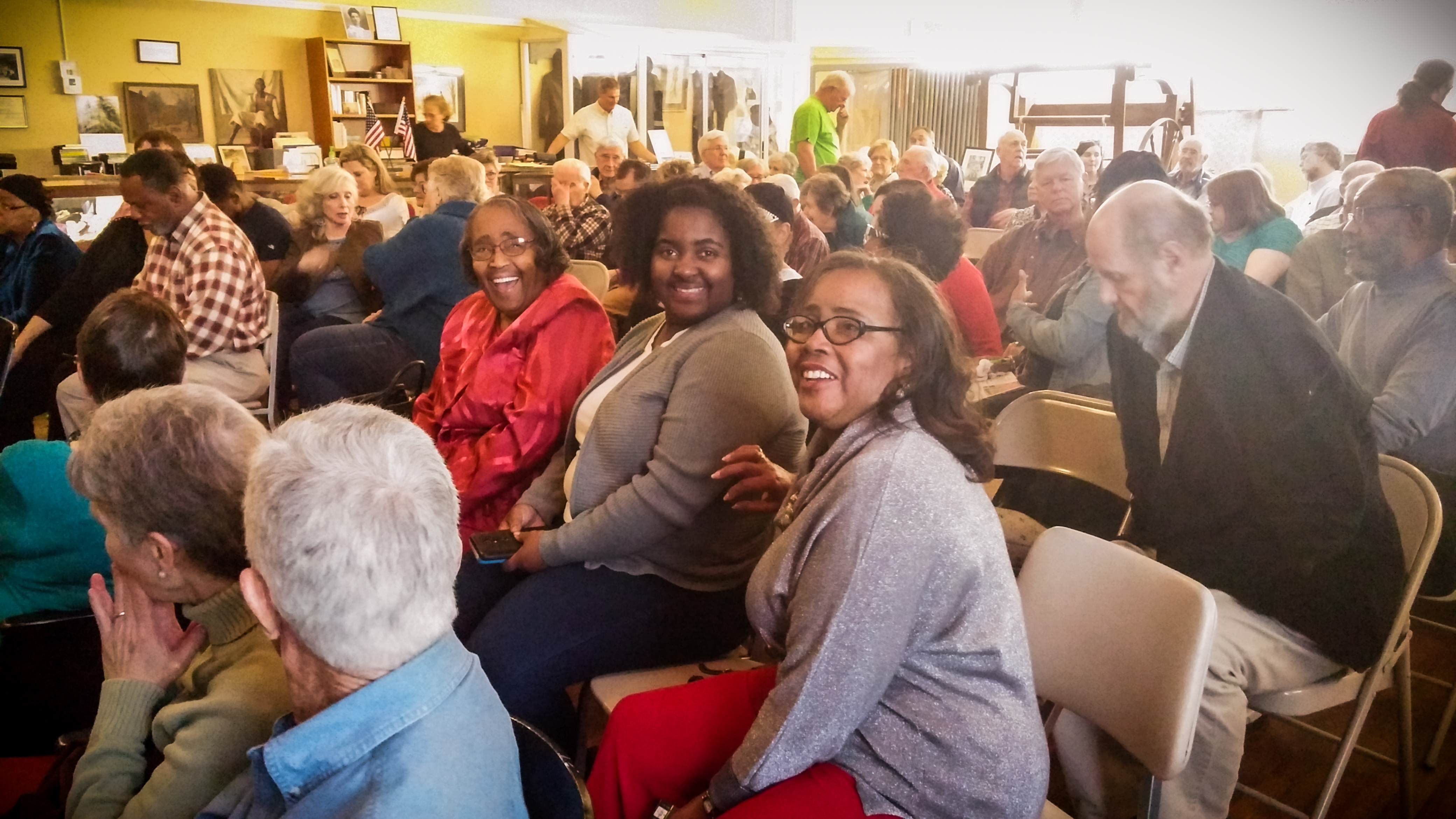 Dr. Davison serves as professor in Sociology, Director of Interdisciplinary Studies, and Co-Director of University Documentary Film Services at Appalachian State University. This project began over a year ago, and during the process, received library support from members of the Digital Scholarship & Initiatives (DSI) team. In order to assist Dr. Davison in collecting historical photographs for the project, DSI set up a community scanning event in Dulatown, where people brought in their photos to be digitized. Many of these photographs are featured in the film, and DSI also plans to eventually provide digital access online using Omeka. Adam Sheffield, DSI’s Digitization Specialist, also served as an advisor for “Dulatown,” helped conduct many of the interviews, and was one of the main videographers for the project.