In an effort to centralize and promote access to the research of the Center for Appalachian Studies, Dr. William Schumann, director of the Center, proposed a collaborative project with the Digital Scholarship and Initiatives team and ASU Web Services. The project had three primary objectives: (1) create a central online ASU web presence where current and future research projects of the Center could be made accessible, (2) migrate a pre-existing website to the new platform, and (3) have the website up and running by the beginning of the Spring 2018 semester for their Black Mountain Semester project.

With the assistance of Amy Love in Web Services, we acquired web space on the appstate.edu domain and created Appalachia Online. The migration of their pre-existing website became Mountain Music in the Classroom. Then we created the page structure for the Black Mountain College Semester project. Throughout the semester, Appalachian Studies students will be adding content to the website to complete the project.

Keep checking Appalachia Online. There are more projects on the horizon! 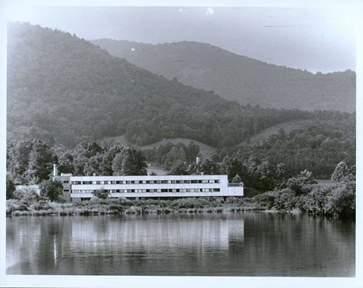 You are invited to attend the Appalachian Online: Celebrating the Birth of Appalachian Studies event, which will feature a panel discussion on our most recent digitized collections followed by a reception with light snacks, wine, and music along with an open house in Special Collections at the Appalachian State University Belk Library & Information Commons, https://library.appstate.edu/about/directions-and-parking . 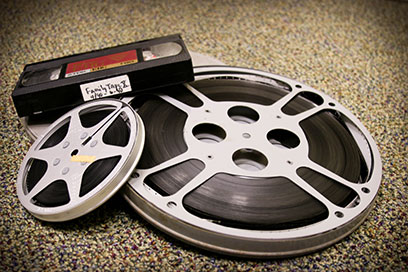 Have you been wondering what to do with your old home movies? Bring your old 8mm, 16mm, and VHS films to Room 421 on the 4th floor of Appalachian State University’s Belk Library. Members of the Digital Scholarship & Initiatives team and University Documentary Film Services are hosting this wonderful event, where you can view your footage while learning how to best preserve them. We’ve got the equipment, we just need your home movies! Come enjoy light refreshments, experience wonderful emotions, and play home movie BINGO!

Saving Media for a Digital Age

Today, nearly everyone around the world has access to various forms of media and information just a few clicks away. The digital age has compressed practically everything we want to know into tiny byte-sized bits. Before the digital age, not all forms of media were so easy to swallow.

Prior to streaming and downloading files, most of our music and videos were captured and stored on analog tape or film. These sounds and images could only be played back using bulky equipment that you couldn’t carry in your pocket.  So what does it take to get all of that stuff onto YouTube, Facebook, or some other internet source? Digitization.

A team of professionals in the library at Appalachian State University is charged to preserve and provide access to older media and information. The Digital Scholarship & Initiatives (DSI) team transfers analog formats, scans old pictures and publications, and performs other services in order to provide digital access by people at the university and beyond.

DSI uses state of the art equipment to transfer media, but not always. Some DSI equipment is older than team members themselves. They just don’t make things like they used to…

Appalachian State University’s Digital Scholarship & Initiatives (DSI) team is gearing up to help a couple of Appalachian communities digitize private images, and other documents. On August 20, members from DSI and University Documentary Film Services will travel to Dulatown, NC and on September 3 to Wilkesboro, NC equipped with laptops, flatbed scanners, and digital cameras ready to capture memories.

Residents of Dulatown and alumni of the Lincoln Heights school have been invited to bring photos, diaries, and other materials they would like to preserve and share. Eligible items will be digitized and copies will be delivered to the owners as well as included in the Appalachian State library Special Collections.

Dr. Beth Davison, Director of Interdisciplinary Studies at Appalachian State University, is currently producing a short documentary film on an interesting family reunion in Dulatown, NC, and will be featuring some of the scanned images in her project. Davison plans to screen the film in various North Carolina film festivals.